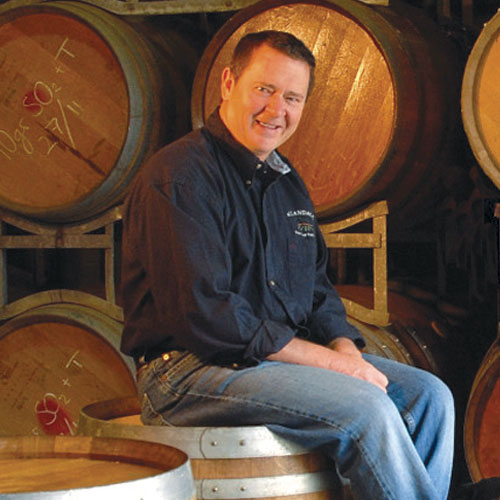 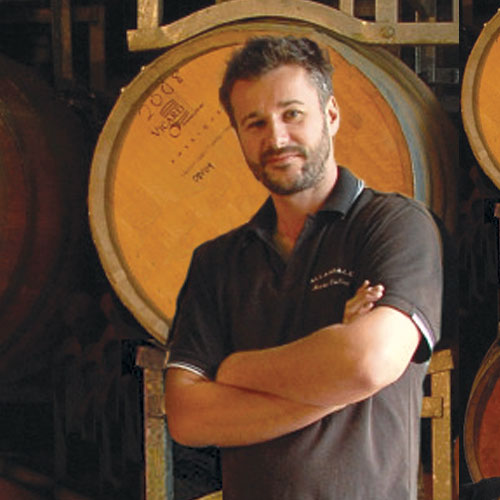 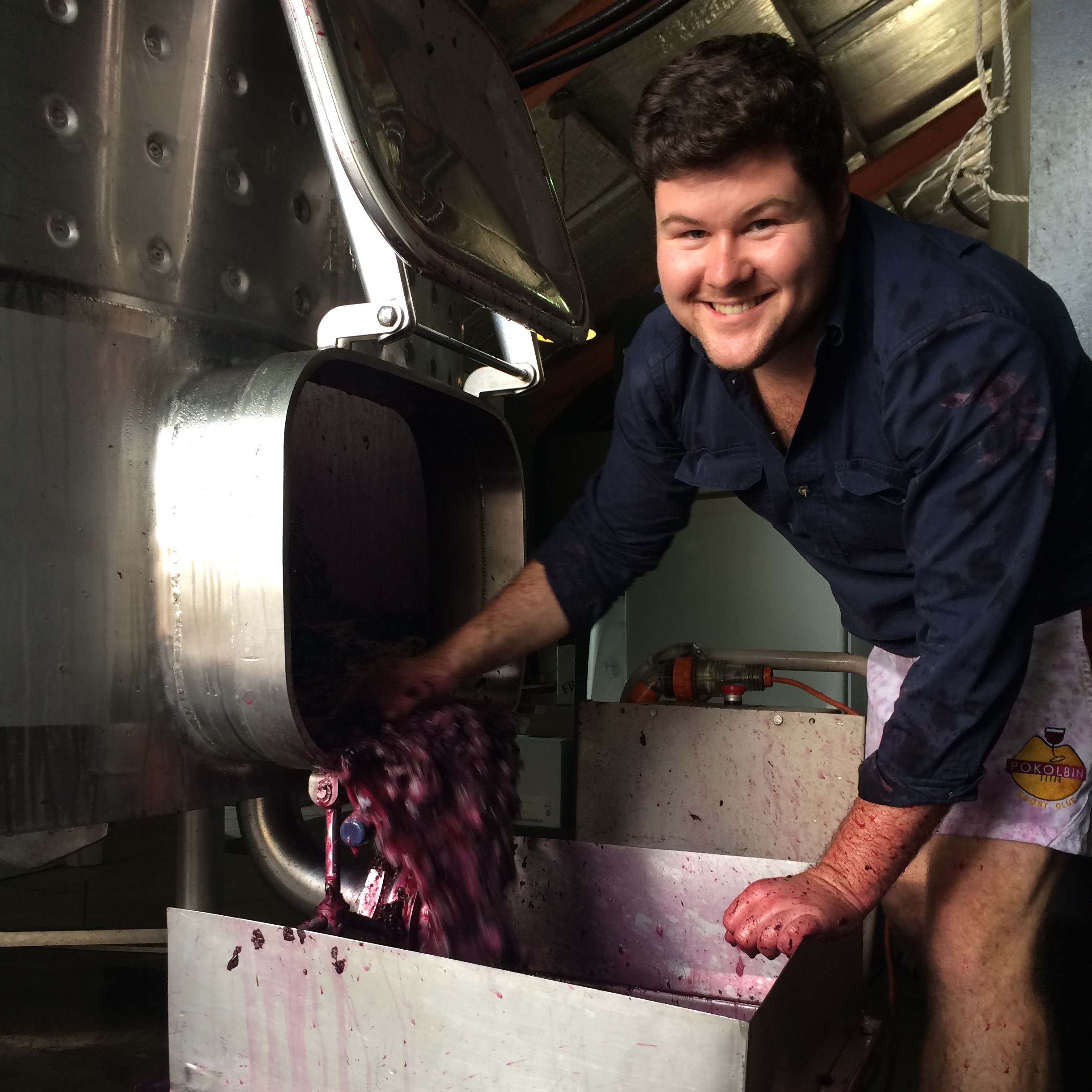 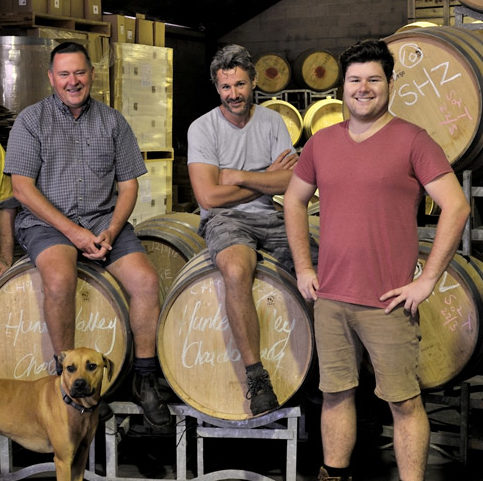 Bill Sneddon was raised and schooled in the Hunter Valley. His ancestors came to the area in the 1800s so you can’t be much more local than that.

He completed his first degree in Economics at Newcastle University and throughout his student years worked part time in local vineyards and had a cellar door job at Tyrrell’s winery. His passion for wine grew to the point where at the end of 1983 he decided to take the offer of Assistant Winemaker at Allandale Winery whilst completing a degree in Oenology (Wine Science) at Charles Sturt University.

When the then chief winemaker and part owner Ed Jouault resigned from Allandale in 1986 Bill Sneddon, at just 27, was appointed Chief Winemaker and General Manager.

In his final year of his Oenology degree he was won a travelling scholarship for a paper he wrote on The Future of Pinot Noir. In 1989 he embarked on the traveling scholarship visiting wine regions in California USA. This lead to the offer of a vintage job at Flora Springs winery in the Napa Valley which he undertook in 1991.

Apart from California, he has also traveled extensively in the wine regions of New Zealand, Italy, France and Argentina.

Bill Sneddon focused on his philosophy that the future of Allandale was dependent upon producing new world wines of distinctive quality drawing on the values of old world styles. It is on this quality that Allandale’s reputation has been built.

In 1991 Allandale’s reputation was confirmed when the Allandale Chardonnay was chosen in the Top 100 at the Sydney National Wine Show, won a silver medal in “The Wine Magazine International Wine Challenge” in London and was given benchmark accreditation (recognised as a significant wine). Bill Sneddon was raising Allandale’s profile internationally as a premium wine producer by the numerous awards the company was beginning to win.

This trend was to continue further with the 1995 Hunter Semillon winning three trophies throughout Australia, the 1997 Allandale Chardonnay winning the “Best Chardonnay in Australia and New Zealand” by Winestate Magazine in 1998 and the 1998 Chardonnay following in its footsteps winning the Number One wine in Oz Clarke’s Year 2000 Top Dozen in the U.K. in 1999. The Chardonnay has also been chosen to be served on Scandinavian Airlines Business Class. The 2018 Allandale Rosé won the “Rosé of the Year for Australia and New Zealand” by Winestate Magazine in 2019.

He has been an associate judge at Hunter Valley Wine Show and a judge at the NSW’s Wine Awards.

The winery has progressed from a wine production of 25 tonnes in 1978 to 350 tonnes and firmly established itself as one of Australia’s premium boutique wineries.

“Bill Sneddon is, without a doubt, one of Australia’s rising stars…” MAJESTIC WINE WAREHOUSE, UK.

“Sneddon has gained a national reputation for his Chardonnay, which had been selected to represent Australia in the 1999 Tri-nations Chardonnay Challenge…” JENI PORT, UNCORKED, THE AGE

“Oh wow! I remember wines like this! This is a throwback to the great old days of Aussie Chardonnay. Banish all thoughts of delicacy and restraint, and get set for a rollercoaster ride of Australia’s answer to great Burgundy…” OZ CLARKE, U.K. WINE EXPERT

“The 1997 vintage Allandale Chardonnay scored highly in these pages last year . The ’98 is even better and it proves how well Chardonnay can do in the Hunter Valley…” RALPH KYTE-POWELL, UNCORKED – THE AGE

“Allandale’s Hunter Semillons are consistently superb. This is no surprise to Semillon lovers… Allandale is one of the small wineries making often exceptional Hunter Chardonnay…” HUON HOOKE, GOOD WEEKEND

Alex Woods was born in England and moved to Australia permanently in January 2006 after living here for a period of time in 1997. Alex worked for an I.T. software company in England for 7 years as Key Accounts Project Manager. It slowly became clear to Alex that (apart from the money) this was a futile experience and needed remedying. Coincidently around the same time it also became clear that moving to the other side of the world to make wine made infinitely more sense and so the decision was made.

Alex joined Allandale Winery in November 2006 while studying a full time Diploma in Viticulture for Winemaking.

He has spent time travelling extensively through wine regions in South Australia, Western Australia, Tasmania, Central Otago, New Zealand and Napa Valley, California.
Alex’s beliefs are centred on state-of-the-art technology, traditional methods, and sourcing the best fruit you can get your hands on.

Sam, a local boy who grew up in Maitland, followed in the family footsteps joining the building industry at a young age to become a carpenter and joiner.

Though building was in the blood he has always held a keen interest in wine making and grape growing leading him to join winery team in 2013, this was followed by a vintage in France and commencing his Bachelor of Wine Science at CSU. Sam was awarded the Trevor Drayton Scholarship in 2019 which he used to travel to Italy to work a vintage in a winery in the Alto Adige region.

Apart from being a Trainee winemaker, Sam is also a pretty handy Hooker for the local Pokolbin Reds Rugby club.